NFL free agency & random wine sampling. You never know what you will get. 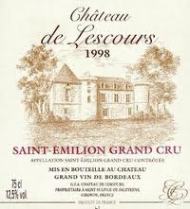 This can be a great time of year for a football fan.  Sure it is tough because there are no new games on, but NFL Network has 24 hour programming, so there is still football to watch.  More importantly, free agency is open & now your team can add the missing piece to win their division or make it to the Super Bowl.  Everyone is undefeated & every team has hope.  The Chiefs finished with the worst record in the NFL, but if you talk to a die hard Chiefs fan right now, he’ll be optimistic.  He will say that the team upgraded the quarterback position & the coaching position & that with all of their Pro Bowl players from last year, this year they will be the surprise of the division.  Even fans in Cleveland are excited about the new coach & Cleveland fans have been beaten down over the years.

I have read a couple of articles about how the Miami Dolphins have “won” free agency this year.  They got rid of Jake Long & his huge contract & frequent injury history.  They added Mike Wallace, who was the #1 free agent in most lists, to be their speedy #1 receiver. They added linebacker Dannell Ellerbe, who was a key contributor on the Ravens Super Bowl team, & linebacker Phillip Wheeler from the Indianapolis Colts.  If you put that with their excitement about Ryan Tannehill going into his second year as quarterback, it sounds like the Dolphins are back on track.  That may even be true.  This team might jell & rule the AFC East for years to come.

On the other hand, back in the 2010 off-season Miami fans were excited because they picked up Brandon Marshall to be their #1 receiver & Karlos Dansby to be their  hard hitting linebacker.  They had Pro Bowl left tackle Jake Long.  They were also excited because of the promise shown by Chad Henne, who looked to be the best Dolphins quarterback since Marino.  The Dolphins finished 7-9 that year & missed the playoffs.  They got rid of Brandon Marshall last year.  He caught 86 passes for 1,014 yards in 2010 with the Dolphins  & 81 passes for 1,214 in 2011.  In 2012 he caught 118 for 1,508 for the Chicago Bears.  Karlos Dansby was released by the Dolphins on March 12th.  Jake Long signed recently with the Saint Louis Rams.  Chad Henne was replaced midway through the 2010 season, although he started the 2011 season as the starting quarterback.  He is now with the Jacksonville Jaguars.

I’m not just picking on the Dolphins.  Free agency is hard. I could have written thousands of words about the free agency failures of the Washington Redskins.  Just the words “Albert Haynesworth” can cause Redskin fans to punch a wall in frustration. When a team lets a player move to another team, unless there are significant salary cap issues, it means that the teams have different beliefs about that player’s abilities.  One team will be right & the other will be wrong, but it will take time to find out.  If Jake Long stays healthy for a couple of seasons & Sam Bradford blossoms into a star quarterback because he is confident that someone is protecting his blind side, we’ll say that the Rams made the right decision.  If Long is injured & his play suffers, then Miami will have been right to let him walk.  We won’t know any time soon.

For me, half of the fun will be in seeing how these new players fit in with their new team.  I thought Wes Welker should stay with the New England Patriots, but I can’t think of a better fit for him than the Denver Broncos.  He should do great, but we don’t know what will happen.  Danny Amendola seems like a perfect replacement for Welker in New England, but most of that is based on potential & his similarities to Welker (I don’t think that there was another short white former Texas Tech wide receiver out there for them to sign).  He might eclipse Welker in New England.  He might get injured in training camp & never play a down.

The bottom line is that there is a ton of excitement at this time of year, but you don’t know what the result will be.  There is always the chance that the team is really just one free agent away from the Super Bowl.  It isn’t likely.  The only free agent that occurs to me as having tipped the balance of power & sending one team instead of another to the Super Bowl is when Deion Sanders moved from the San Francisco 49ers to the Dallas Cowboys in 1995.  Even then, Deion missed the first 8 games with an injury.  Teams have to make an attempt to improve though, & free agency is a great time of year to do it.

There is much less risk involved in breaking out some older wines to try in a random sampling.  You might waste as much as a few hundred dollars, but it isn’t like signing Jake Long to a $36 million 4 year contract & then having him injured.

I recently sat down for dinner at Zammitti’s in Kingwood Texas with a couple of guys including Eddie Ghazal, who owns the place.  Eddie broke out some gems from his cellar.  Here’s what we tried.

This wine may have set the bar too high for the evening.  It smelled of blueberry & perfume.  It tasted like dark liquorice, blueberry, & chocolate.  The tannins were still strong. It was an amazing wine at almost every level.  As great as it was, it tasted to me like a youthful wine that still had plenty of time to settle in.  I would highly recommend this wine if you can find a bottle.  The label says that there were only 16 barrels made, so that is about 400 cases.

This was a 91 point wine in Wine Spectator in its day.  Its day is rapidly coming to a close.  The wine was starting to get a little brown.  The nose was still great, with tobacco & cherry being the predominate scents.  The taste was complex.  There was some good, older fruit, perhaps some pruney blackberry & plum flavors.  It actually still had really strong tannins.  That may have been because the fruit was showing less.  It became softer as it opened up.  It was quite a nice wine, but if you have a bottle lying around, throw something on the grill & drink it tonight.  It isn’t going to get any better & you want to enjoy it while you still can.

Before I review this wine, I want to make a quick digression.  I hate it when people in places other than Portugal label their dessert wine as Port.  Port is made in Portugal & Champagne is made in Champagne.  You can make a similar wine in another wine region, but it isn’t that wine.  If you create a car that looks & performs very similar to a Mercedes, you still can’t call it a Mercedes. Unfortunately, despite recent changes to the law, there are many wineries who were grandfathered in to the system & still get to call their sweet red dessert wine from California, Australia, or Arkansas a Port.  New wines have to be labeled as something else.  I actually liked “Port style wine”, but that isn’t legal anymore.

OK.  I had to get that rant out.  We are on to the wine itself.  This is produced with Cabernet Sauvignon.  It is made in a Solera system where wine from newer vintages tops off older vintages in the barrel.  When the wine is bottled, some of the older wine is used, but not all of it.  Eventually there is some really old wine in the blend, but you can’t tell how much is from which vintage.  In Sherry, there are soleras that have the oldest wines dating back hundreds of years. This had a very strong aroma of cassis.  It tasted of cassis a bit as well, but the primary flavors were caramelized pecan & old jammy figs & prunes.  My notes (after several drinks) say that this wine should keep you regular.  That may not quite be true, but it does taste like it.  This would be nice with bread pudding.  It isn’t bad on a cold night by the fire either.  It looks like this wine sells for around $80.  That may be kind of high for what you get, but it is tasty.

I read one review of this wine that called it “legendary” & “a stylistic masterpiece”.  I’m usually a fan of these big Norman Zinfandels, but I can’t tell you anything about this wine.  It was corked.  That’s the equivalent of a career ending injury to your top rated free agent.  There was nothing to do but pour it out & open a bottle of something else.

Wine Searcher showed a peak price for this wine of $144 a bottle in 2009-2011, with a sharp drop thereafter, leading to a price of around $66 now.  That is a pretty good analysis of this wine.

It is comprised of about 70% Merlot, 25% Cabernet Franc, & 5% Cabernet Sauvignon.  I didn’t know that at the time I tasted it, but I picked out the three grapes pretty easily.  Merlot is the key grape in St.Emilion & the Cab Franc was extremely prominent.  It felt like there was a little Cab in there for weight.  The fruit was low on the wine & the tannins were low, but it was still a solid wine.  I really enjoyed the first few sips. I tasted bell pepper, mint, & a bit of earth.  It was very much a mature Bordeaux.   As the wine opened up, the fruit diminished even more & it became very acidic.  I think this wine was probably at its peak 2-4 years ago.  It is still a drinkable Bordeaux, but the things that probably made it special are going away.  If you have a bottle of this, drink it as soon as possible.  Don’t give it time to open up.  I wouldn’t suggest guzzling a wine, but I would say to pour this for a few people.  If you have just 1 or 2 people drinking this wine, it won’t be enjoyable by the time you finish the bottle.  If you have 5 or 6, they will all get a nice glass of wine.  Just don’t sit too long to savor it.

That was the tasting.  Much like in free agency, we had a hit, a miss, & a few that were solid, but didn’t have much left to give.  Here’s hoping that your team & your cellar dive only uncover hits! 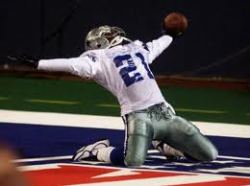